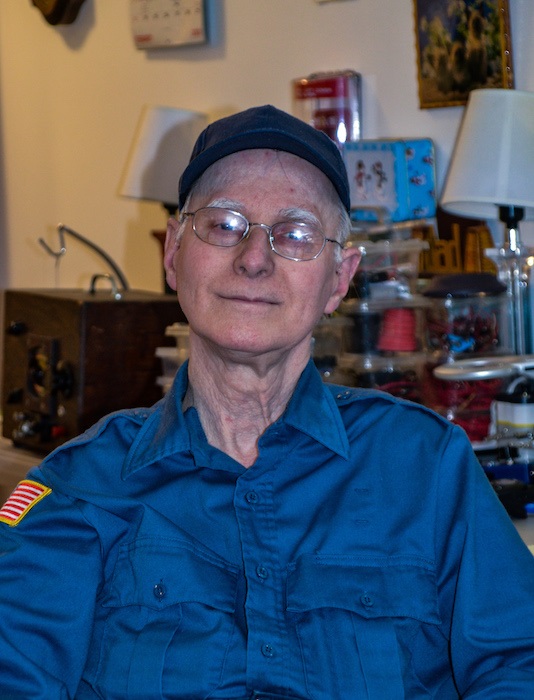 RICHARD RAYMOND SPENT PART OF HIS YOUTH AT PINELAND HOSPITAL AND TRAINING CENTER, A FACILITY FOR THE DEVELOPMENTALLY DISABLED  THAT ACQUIRED AN INFAMOUS REPUTATION IN 1950’S, SIXTIES AND SEVENTIES, AND FINALLY CLOSED IN 1996 .  RAYMOND, WHO WAS BORN IN 1947 CAME FROM A FAMILY THAT EXPERIENCED HARDSHIP

We had no food, no nothing to eat.  The only thing that my mom had to eat was dandelion greens.  Way back in those days there was no food, no [restaurants], so in the meantime a few days after that, Mom was crying, I was wondering why she was crying and she said my baby brother died, passed away.  Went through that, and the next thing was that they found out about what happened there and they were trying to—they were checking the baby out to find out what happened and they [were] checking it over to find out what happened there, but (inaudible) just died and whatever the reason is, who knows?

We had no food…who knows?

WHAT LITTLE THE FAMILY DID HAVE WAS DESTROYED IN A FIRE.  THE FAMILY NARROWLY ESCAPED AFTER BEING WARNED BY A CAT.

The house was built with a door right on the corner.  They came out and all they could do in those days—they didn’t have—they couldn’t get ahold of the fire department or anything.  They had no phone, you know, and no light.  Anyway, so all they could do is stand there and watch the house burn down flat.  It went flat.  I wasn’t there when that happened, I was with my uncle.  He told me about it.  At first I didn’t believe him and then I—by the time he got me there and I looked (inaudible).  There was nothing left.  All there was, was nothing but (inaudible) ashes out of the bottom of the foundation.  The foundation was all that was left there.

LATER, RAYMOND WAS TAKEN TO LIVE WITH A FOSTER FAMILY.

There was this woman there, you know, she wasn’t very good with people, with me, I mean and (inaudible) the old man and they [abused] me and abused the baby, too, for no reason at all and because Ruth made a mess in the crib and she ended up spanking the baby.  She didn’t understand (inaudible) anyway, those people in (inaudible) didn’t understand why all they do these things, you know, that happened.  But anyway, so from there on when the social worker found out what happened there they had to take me away and found out that I wasn’t able to get food and found out about the other family, too and got ahold of them and transferred them to a different place (inaudible).

EVENTUALLY HE WAS TRANSFERRED TO PINELAND, WHERE HE SAYS SOMETIMES AT NIGHT THE RESIDENTS WERE LEFT UNATTENDED.

We were being abused (inaudible) and at that farm and all that had been going on, yeah.  Not only just them [the] superintendent, too, were hitting people, too, and and punching them and so and so on, for no reason at all.  I went to another building and there were a couple of superintendents there and there was a kid (inaudible), you know.  Guess he was mentally retarded, but he wasn’t doing wrong at all and those guys went and punched him right in the stomach and hurt that poor kid and started laughing, you know, the two guys were standing there, two superintendents.  For no reason, punching him in the stomach.  They had all this abusing going on there and also they had another superintendent in the building, we had no idea about this guy and he was so angry and he ended up grabbing me, you know and threatened me with a knife.  He wanted to kill me.

RAYMOND SAYS THE STAFF MEMBER HELD A KNIFE TO HIS THROAT.

Then another thing happened was I can remember or recall that there was a superintendent that brought a kid in (inaudible) the clothes room and he must have did something wrong with that kid and then walked out and locked the door, and he locked him right in there, he (inaudible) before he came out.  He lit up the clothes and burned the clothes and  trying to kill the kid [because] he didn’t want them to know what he did.  So he turned around and took off and never came back  I don’t even know if they ever caught up with him.  He set that fire and the other kids saw what happened in that clothes (inaudible) and the other kids were trying to (inaudible) the nurse there  to open up that door, the living room door. I mean the clothes room.  Yeah, the clothes room, sorry about that.  Yeah, the clothes room.  She did, she got that kid out of there, said that kid was in there, and she got him out alive.  He was very lucky to be alive.  They probably had to bring him in the hospital.  I don’t know if he got burned or not.

BUT THERE WERE SOME GOOD TIMES AS WELL.

There must have been over a thousand, almost like a million people were there all when the (inaudible) came in.  Everybody’s waiting to get inside and watch the excitement that was going on and (inaudible) the circus.  They had elephants there and gorillas and they had, oh you wouldn’t believe what they had there.  In the meantime they opened up the big doors, you know on the corner side, there was a UFO coming right in, right slowly, slowly, slowly and stopped and the lights were blinking, you know and after a while two men came out of there, you know.  Everyone was just (inaudible), you know.  It was really something.

RAYMOND WAS LATER RELEASED FROM PINELAND. HE CREDITS AN INCIDENT IN

HE ASSISTED A YOUNG GIRL WHO WAS HAVING A SIEZURE.

Her eyes went rolling right up in her head there and I knew something was wrong.  I got right up and grabbed the silverware and put it in her mouth to keep her from swallowing.  So I treated her and the superintendent saw what was going on and came over to help out there, you know.  And (inaudible) found out what happened then and so I wasn’t expecting anything.  It was my girlfriend, another girlfriend I had.  So the next thing you know the superintendent told the secretary what happened and she was in the bedroom and had the (inaudible) sheet on and she was okay for a time.  So the next thing you know, the next day came, I wasn’t expecting anything.  Well, they called my name, they called my name and they let me up and took me out to Lewiston and I stayed out there and I was free.  I got my discharge there from Pineland and then I was free.  They let me go free because I saved her life.

IT WAS THEN HE BOARDED A BUS IN LEWISTON TO NEW JERSEY TO FIND HIS LOST BROTHER.

I was on my own, so from there I ended up in Port Authority police station and stayed there and wait for my brother and sister in law to come.  I had the police call my brother and told him you brother’s here at Port Authority police station.  And they came all of the sudden I was laying on the couch there, watching TV and I looked over by the door where they came in, my sister in law, she was waiting there and she was [expecting] and I said, “Oh, no (inaudible) maybe I want to go home” (laughs).  I mean she was due.  She had only three days left. I was on my own…three days left.

RAYMOND’S APARTMENT IS NOW FILLED WITH ELECTRONIC TOOLS AND EQUIPMENT.  HE USES THEM TO REPAIR RADIOS AND OTHER ELECTRONICS.

Oh, I learned it myself, you know, of course I could read, you know and I learned it (inaudible) from there.  What happened was years ago I used to have a radio and I (inaudible).  I finally got tired of that and I decided to (inaudible) the old radios.  I worked on the old time radios and to do some repairing on it, and I used to get them going on it.  These are the floor model radios.  These are the floor model radios.  I worked on those, too.  I’d get those going, I’d put some tubes in. In fact, I’ve got a radio in the bedroom for a radio (inaudible).  It’s a brown cased one.  When I first got it it wasn’t working, so I went up to Scarborough, there to get a tube.  I didn’t have any tube.  They used to have a whole box full of tubes.  Anyway, so I ended up with a tube for the radio and the man put the tube—there was one tube that was out and he tested that, and that one tube, there and (inaudible) because of that one tube.  So he put that in and it was working then, and it still works today.  The tube was an old timer.  I like old time radios.

PINELAND WAS CLOSED IN 1996 AND PURCHSED BY THE LIBRA FOUNDATION IN 2000.  IT’S NOW USED AS AN AGRICULTURAL AND RECREATIONAL FACILITY. RAYMOND HAS BEEN BACK TO PINELAND SINCE IT WAS CLOSED AND RENOVATED AND HE WAS SURPRISED AT SOME OF THE CHANGES.

They made quite a change there.  And I was about to tour the building that I used to be in and I looked it over and I see the change in there and “Oh, Wow!”  They upgraded that whole biding.  They put a sprinkler system in, never had one in there before, and new lights up there in the ceiling.  And when I first came in the door (inaudible).  They took down the old clock that used to be on the wall and I was kind of disappointed to see no clock there.

ONCE IN A WHILE HE THINKS ABOUT THE DAY HE WAS SET FREE, AND THE FRIEND HE NEVER GOT TO SAY GOODBYE TO.

Anyway, this was an unexpected thing that happened and I never got to say goodbye to her.  Her name was Connie and she was a real nice girl.  It’s too bad that she didn’t know—didn’t let me to let her know.  She probably wondered what happened to me, you know.  That was the last time and (inaudible). That was that.  So they knew I could take care of myself, so I did.  I was on my own.