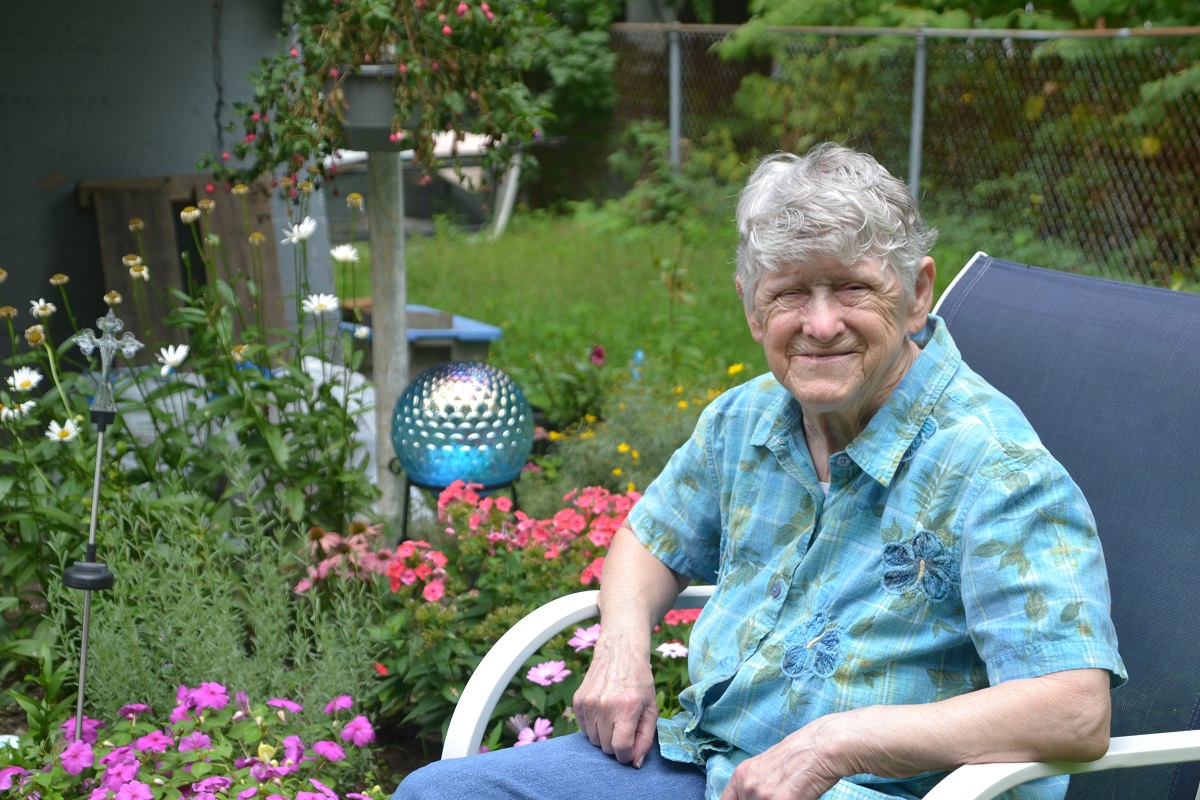 VANESSA MUNSEY WAS BORN IN 1930, IN WISCASET, ME.  AS A CHILD SHE WAS PLACED IN A FOSTER HOME.

The state took me away from my mom, my real mom. Put me in the foster home in Washington—Washington, Maine.  [Their] names Ada and Wilber (inaudible) and I would grow up there. At nineteen I went in the prison called Pineland. I went there.  It was the worst place I’ve ever been to. A while later my brother went there. We had visit hours to visit him. Somebody picked up a chair and threw it at him and hurt his leg and he couldn’t move or anything. And they got me all drugged up and the woman working in the dining room, she wanted me to help her out and I said, “No, I won’t.” (Inaudible).  This aide come took me down the stairs and [wet? ripped?] my dress and they treat me like a wild animal. If you don’t get up at roll call they put you in the other bed until you get up. They treat you like a crazy person.

I went to the school there and we had a teacher, she would run out (inaudible) and we could hear the footsteps when she would walk [when she was coming],   And we would sit down before she opened the door.  We went there and they had parade, we were in the parade, and I (inaudible).  And one of my friends that goes there, Ida (inaudible).  She’s one of my friends and I think [I had] chicken pox.  And I had to go in a different room because I [couldn’t be around] anybody.  And Ida (inaudible) do something wrong and there’s no room for her and she come in and [said] “Well, I have to sleep with the chickens!”

THAT WAS IN THE EARLY1950’S.  LIFE WAS REGIMENTED AND DENTAL CARE WAS CRUDE

SHE SAYS SOMETIMES CHILDREN WERE PLACED IN PINELAND SIMPLY BECAUSE THEY WERE UNWANTED. DURING HER STAY AT PINELAND, SHE WORKED IN THE KITCHEN.

I worked at the big kettles and I was filled with dope.

AFTER SHE LEFT PINELAND IN 1952, SHE LIVED IN GROUP HOME IN BELFAST.  SHE ALSO ATTENDED A REHAB PROGRAM IN SACO. SHE HAS BEEN ABLE TO WORK, HOLDING JOBS IN A DINER, AND PREPARING PACKAGES FOR TOM’S OF MAINE, BUT PERHAPS WHAT SHE HAS ENJOYED THE MOST HAS BEEN WORKING WITH CHILDREN IN A HEAD START PROGRAM.

And when it comes to kids, I don’t care what color the kids are.  I don’t care.  And when I go to the store and see these grandparents that bring the kids in, I said, “You have wonderful kids.”  They say, “Oh, Thank you.” I don’t care what the color of their skin or nothing.

PINELAND CLOSED IN 1996. MUNSEY CREDITS DISABILITY RIGHTS ADVOCATE PAIGE BARTON WITH HELPING TO CLOSE IT DOWN.  SHORTLY AFTERWARD, MUNSEY  AND A FRIEND VISITED THE SITE OF THE PINELAND HOSPITAL AND TRAINING CENTER AND RETRIEVED THREE BRICKS FROM ONE OF THE BUILDINGS.

We went down to the bridge and we put them right in the water and I said, “Goodbye”   Pineland!” And that’s the worst place you’ve ever been into, I’ll tell you.